Dachshunds are a very clownish breed and can be very mischievous at times. A very intuitive dog, the Dachshund is now most commonly seen as a companion rather than a hunter. This breed loves to be around people and should never exhibit signs of aggression or timidity. The Dachshund is an all around friendly dog, is very outgoing, and is sure to steal the hearts of everyone he meets.

The Dachshund is a fun loving dog, tenacious, and lively, but can become jealous and be very irritable. This breed does not do well with smaller children, but can do very well with older and more considerate children. Due to his small size and tiny legs, this breed should not be placed in a home with larger dogs unless they were raised around each other. The Dachshund has the tendency to become jealous, however can do very well with many other toy breeds in the home providing they are not snippy.

The Long Haired variety requires quite a bit of grooming. Being that this dog is so low to the ground, he is prone to getting burrs, sticks, and twigs stuck in his coat which should be removed daily if any are present. Brushing of the coat should be done on a regular basis to prevent tangling and/or matting. The Smooth Haired variety doesn't require much grooming and would respond well to an occasional wipe down with a damp towel, or a harsh towel to remove any dead or loose hair.

The Dachshund can be lively and vivacious, however he does not need much exercise. A short walk per day would suffice for this short-bodied breed. The Dachshund tends to tire out easily so any exercise provided should be given at different times rather than one long walk. This breed is prone to back problems so high jumping and/or running should never be allowed.

The life expectancy of the Dachshund is around 12-15 years, and there is a number of health problems linked to this breed. This includes cataracts, diabetes, epilepsy, spinal problems, luxating patella, PRA, elbow dysplasia, and obesity. The parents of the Dachshund puppy should have OFA and CERF certificates. 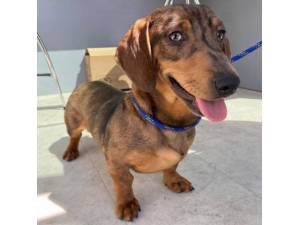 08-07-22 This handsome boy is Shallot! He is a cross between a mini and standard dachsy but is much more standard in size so larger than our other dachsy guests. Shallot is full of personality and che 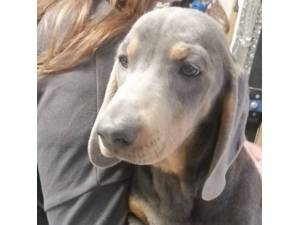 15-07-22 Neil is a very docile pup who has come from his breeder to find a loving home. He is a diluted coloured dachs and so he may be genetically prone to having skin problems and already has a litt 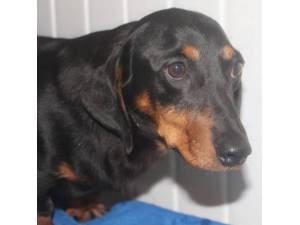 29-04-22 Constance originally came to us from a breeder and was adopted but has sadly been returned to her foster home as she did not settle in her home. Constance, dear Constance is a beautiful Daxie 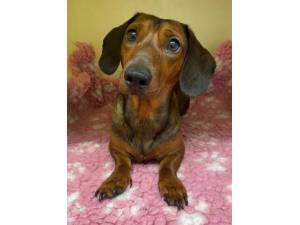 07-07-22 Dafydd is a handsome Dachsy who has come from his breeder to find a loving home. He is such a charming chap and is wanting to make friends with us despite feeling a little shy and unsure. Daf 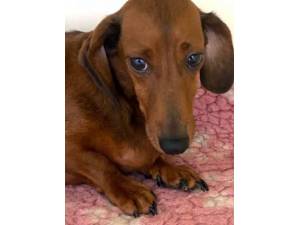 07-07-22 Decca is a sweet girl who has come from her breeder to find a loving home. She is quite shy and is very reliant on her dachsy friends to boost her confidence for her. She will need a home, pr

View all Dachshund Dogs for adoption