The Rhodesian Ridgeback has a very distinct marking along his back, which is created by hair that grows in the opposite direction. Coat is short, dense, and should remain glossy and sleek. Silky coat not desired.

Rhodesian Ridgebacks do well with other animals if given the proper socialization at an early stage, although not recommended for a home with small children. Learning quickly, this intelligent dog is protective of his owner and territory. Should not be left unsupervised for long periods of time as they have the tendency to become destructive.

This hunting breed does well in home life, and is very loyal. An overall good companion and is very straightforward. The Rhodesian Ridgeback can be shy and reserved around strangers, and needs extensive obedience training. Rather strong and wilful, this breed shows his best and true colours in a somewhat secluded environment.

Average shedding, the Rhodesian Ridgeback is easy to groom. A wipe down with a washcloth or dry towel will suffice and remove some loose hair. Bathing only when necessary, this breed's coat does not trap dirt well and is generally clean.

This tireless dog will be sure to keep you on your feet. Very active, playful, and energetic, the Rhodesian Ridgeback would make a great jogging companion or running along side a bike. They have great stamina and do very well on long walks or a free roam in a yard or park. Should have at least an average sized yard. 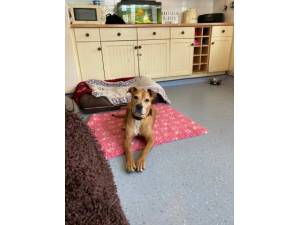 Karmen is an anxious little lady who is looking for a special home to give her their undivided attention.She needs t be the only pet in the home and can't live with children. Karmen loves playing with 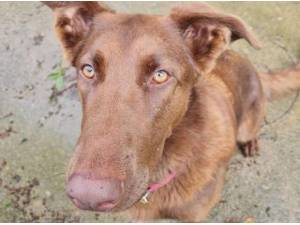 HOW TO ADOPT FROM BATH CATS & DOGS HOME We’re an independent branch of the RSPCA, so please head to our website to find out more about our adoption process, and to use our application form. www.bcdh