This breed sports a very beautiful double coat. The top coat is thick and coarse protecting it from even the most extreme weather conditions. Beneath the coarse coat is a very soft, dense, and oily coat. Colours may include light greys shading to black as well as sables to red. The legs and muzzle nearly always white.

The Alaskan Malamute is friendly, affectionate, and loyal, but can have a mind of its own. The Malamute is one of the most "unaltered" of breeds, retaining its original form and function. If a dog owner cannot cope with a dog that will not comply with the owner's every command, a more compliant breed should be selected. This dog has a long genetic foundation of living in the wilderness with man surrounded by other domesticated animals of approximately the same size. There is reason to believe that Alaskan Malamutes cope poorly with smaller animals, including canines; however, this has been difficult to document in detail beyond observational data. It is difficult to pinpoint why many Malamute owners have observed this behavior with smaller animals, though some might speculate this is due to the Malamute's uniquely divergent ancestry, at one point cross-breeding with wolves. So while Malamutes are, as a general rule, particularly amiable around humans and children and in some instances friendly with smaller dogs, it is probably a good rule of thumb to be mindful of them around smaller animals and young children until acquainted with their behavior.

Extraordinarily loyal, intelligent, and friendly. After maturity the Alaskan Malamute usually settles in to a nice calm and quiet adult. With their friendly personality, they really aren't suitable as a guard dog. Although very intelligent they can prove to be stubborn. They have strong instinct so it's advised to keep an eye on them around small animals.

The Alaskan Malamute has a very thick and coarse coat and would do well with a good brushing twice a week. They are very heavy shedders and there undercoat comes out in clumps twice a year. Bathes for this breed really aren't necessary as they easily shed dirt. Also as an energetic working dog they do best with some space to run or a walk at least twice a day.

The life expectancy of the Alaskan Malamute is around 10-12 years. There are a number of health problems to look out for with this breed, and this includes thyroid problems, bleeding disorders, Chd, cataracts, ligament problems, skin conditions, and autoimmune problems. Parents of your puppy should have OFA and CERF certification, and Chd clearance is also recommended. These dogs do not fare well in warmer climates, and need to be protected from the heat. 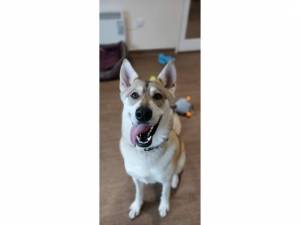 Age: 2 Breed: Alaskan Malamute Gender: Female Luna is a sweet fun girl who is looking for her forever home. Luna is looking for new owners that have dog experience and can help and understand 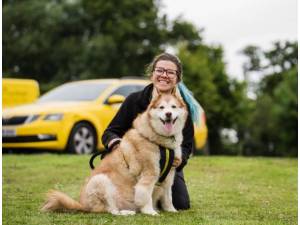 Meet Harley. Harley is a beautiful 11-year-old Alaskan Malamute cross who is on the lookout for a loving forever home where she can relax on a big comfy bed enjoy life. She is a wonderful dog who does 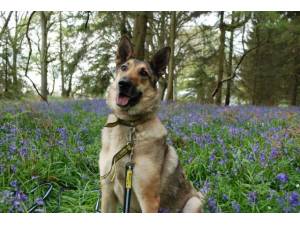 Rosco is a stunning 6yr old Malamute X. He was handed over to us due to changes in circumstances and is used to having access to a large amount of land to roam about on. Rosco is a friendly boy and en 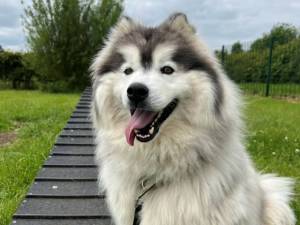 Tang is best known for his love of playing with tennis and footballs, chasing them between his paws! It takes a little while to build a strong relationship with him, but once you're in the club he'll 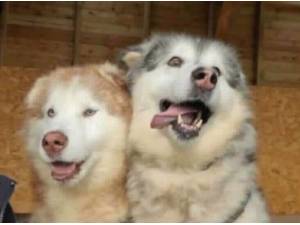 Introducing Joe and Zac! These handsome boys came into us from a very unusual environment. They were discovered living on a private field with 20 other huskie/malamute type dogs. Their owner had a car